Are you trying to get "unstuck"? There is hope and help to move forward and reclaim your life!
I had great intentions of posting daily while we were away.  Can you believe some places just do not have wifi internet access?! So what did I do instead?  I went to bed.  Most nights, I was in bed well before 10pm.  I know; I can’t believe it either.

So instead of recaps of each day, I’m going to do just a couple days of some of the highlights.

Today – the lighthouses we saw.  Apparently there was one much farther south, but it would have taken several hours, by ferry, to get there.  If you’re interested in the one we didn’t see, you can Google Cape Lookout Lighthouse.

We started at the north end of the islands, with the Currituck Beach Lighthouse. The guys climbed this one; Princess & I hung out in the van as it was so windy outside!

In this lighthouse, we saw a plaque of the rations of food for the keeper – interesting! 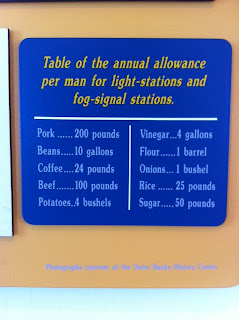 We took a day (and ferries) to Ocracoke Island to see the Ocracoke Lighthouse.  There was an ambulance on one of the ferries – hope they weren’t in a hurry; a 45-minute ride between the islands can’t be good for a patient! 😉

It was a beautiful day for this trip to Ocracoke, then back north to Hatteras.

The kids had a great time at Hatteras, and the kids participated in the Junior Ranger Program – quite proud of themselves!

Each night, on our way back from wherever we had been for the day, we passed the Bodie Island Lighthouse.  We saw it in bright sun, in rain, on extremely cloudy days, and visited on a windy day. So much history in each of these locations.  The kids pondered the good & bad of being a lighthouse keeper.

This lighthouse sustained some damage from Hurricane Irene, so they were in the process of doing some restoration.  Maybe on another visit we’ll be able to get a little closer to the lighthouse. 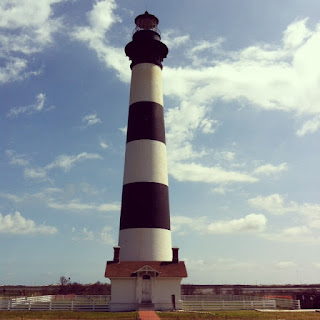 We enjoyed these outings and the kids had a good time comparing stats about each lighthouse.

« You Are Not Alone / #YouMightBeAnAutismParentIf
Early Mother’s Day Card »

Hope for the Hurting Wife

Marriage is Worth Fighting For!

Support for Wives Standing for their Marriages

How to Move Forward After a Traumatic Experience

Sharing Redemption's Stories / RebekahMHallberg.com is a participant in the Amazon Services LLC Associates Program, an affiliate advertising program designed to provide a means for sites to earn advertising fees by advertising and linking to amazon.com."